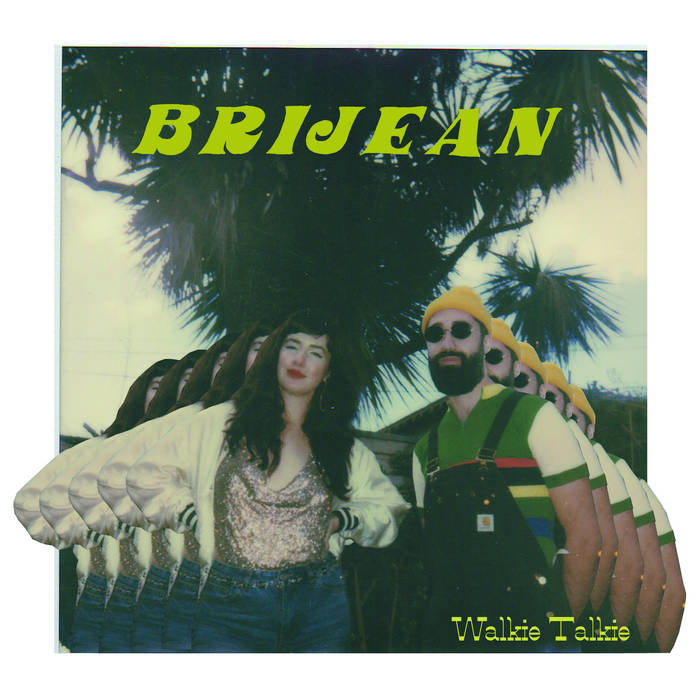 jonathan this album has just grown & grown on me. so funky disco & subtle with it's bite! party music on another level

chev makes me wish wholeheartedly i was relaxing on a tropical beach as opposed to in a swelteringly humid city. Favorite track: Show and Tell.

Andrew Jervis Breezy summertime jams that land somewhere between the percussive persuasion of KDJ and the funky quirkiness of Moloko, yes that ish is tight! Favorite track: Fundi.

davidesilvano I really loved Stereolab's records . It feels like Brijean got much inspired to them . Favorite track: Show and Tell.

Brijean Murphy was born to make you move. Stepping out in 2018 as one of indie’s most in-demand pop percussionists, Murphy spends much of her time on back-to-back runs with a dozen different acts including Poolside, Toro Y Moi, and U.S. Girls. It’s a marvel that, somewhere in the whirlwind of the past year, she found time to collaborate with producer Doug Stuart to record their first communiqué to the world: the dreamy,
back-room disco of WALKIE TALKIE.

Combining Murphy’s upbringing heavily steeped in latin jazz and soul, BRIJEAN is a hypnotic and danceable new direction for Murphy, and a fine compliment to her contemporaries on the 2019 indie circuit. Equal parts dance production, organic percussion and melodic mantra, WALKIE TALKIE transmits Murphy’s essence perfectly. Murphy’s musical talents are family heirlooms: her father, percussionist and engineer Patrick Murphy, taught Brijean her first patterns on a pair of congas that she inherited from the late Trinidadian steel drum legend Vince Charles. Growing up in LA’s Glassell Park, Brijean was raised by a cadre of honorary aunts and uncles – a deep bench of jazz, latin and soul musicians in their own rites. This meant she grew up regaled by musical lore – larger than life tales of jazz luminaries, psychedelic trips and obscure cultural enclaves – sampling some of those family stories and weaving them into the EP.

WALKIE TALKIE is a pure expression of the home-cooked, effortlessly chic aesthetic that is BRIJEAN.

all songs written and performed by Brijean Murphy and Doug Stuart

recorded and produced by Doug Stuart with additional production by Brijean

all songs mastered by Bijan Sharifi

Special thanks to Uncle Fundi Bonner for his vocals on "Fundi"

Special thanks to Pat Murphy for mixing and production consultation

Brijean (of Toro Y Moi and Poolside), collaborates with multi-instrumentalist and producer Doug Stuart. Together they deliver a dreamy, back-room disco; creating an elegant sound with a rhythmic and harmonic palette that evokes 70s disco, 90s house, and sly pop sensibilities. ... more

Bandcamp Daily  your guide to the world of Bandcamp